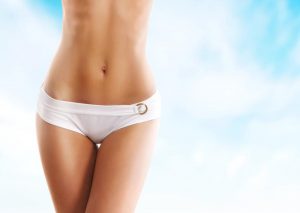 Are you tired of bleeding? Abnormal uterine bleeding is definitely one of the most common conditions we encounter at Dedicated Women’s Health Specialists. As leading gynecologists, we are always ready to help you determine the cause of bleeding and ensure that you receive the most effective treatment available as quickly as possible. We are located in Puyallup/Tacoma area and serve women in the greater South Sound region.

What is Considered Abnormal Uterine Bleeding for Women?

Abnormal uterine bleeding can encompass a wide range of problems that can occur throughout the reproductive years and beyond. Vaginal bleeding is considered to be abnormal in the following circumstances:

· Bleeding before puberty in young children.

· Menstrual periods are too long. Normal periods occur about every 4 weeks and lasts 3-5 days on average. If you bleed 7 or more days, there may be a problem.

· Menstrual periods are too heavy. Women typically lose about 30 ml of blood during a normal period. Most women will change tampons or pads 2-3 times a day during the heavy part of the menstrual cycle. If you are changing more often or pass blood clots, this means your periods are too heavy.

· Bleeding between menstrual periods. The amount of bleeding may vary from spotting to heavy. Either way, this is not normal and should be investigated.

· Irregular periods. Some women have periods that have no regularity and they seem to occur at totally random intervals. If your periods are occurring in unpredictable manner, there is a problem and you should undergo evaluation.

· No periods for 3 months or longer. This is called amenorrhea. Unless there is a known reason why you are not having periods, it requires evaluation.

· Bleeding after menopause. Any bleeding that occurs after menopause is not normal and must be investigated. In most instances, cancer must be ruled out.

· Bleeding associated with pregnancy. Any bleeding during pregnancy is not normal and must be evaluated promptly. Sometimes, women do not even know they are pregnant and think they are having an abnormal period.

There are numerous causes of abnormal bleeding. Some of the most common causes include:

· Medications- some medications are associated with bleeding

· An IUD or intrauterine device

· Infection of the cervix, vagina, uterus, fallopian tubes or ovaries.

· Cancer of the uterus or ovary

· In some instances, extreme emotional stress and too much physical activity can cause atypical bleeding.

How is Abnormal Uterine Bleeding Evaluated?

First, a detailed history of abnormal bleeding will be taken followed by physical examination. Often, some laboratory studies will be needed which may include blood count, thyroid and pituitary function tests, hormone levels, coagulation profile, etc. Regular and/or specialized ultrasound examination may need to be performed. Occasionally, tissue biopsy (endometrial biopsy) will be recommended. Once the reason for bleeding has been identified, the physician will be able to address the issue and ensure that it is successfully managed.

What Are the Treatment Options for Abnormal Uterine Bleeding?

Once the cause for abnormal bleeding has been identified, we can proceed with a definitive treatment plan which includes:

· Hormone therapy- This could be in the form of pills, injections, or IUD.

· Surgery- D&C, hysteroscopy and removal of polyps or fibroids, and hysterectomy.

· Endometrial ablation- This is a minimally invasive alternative to hysterectomy to eliminate or minimize abnormal bleeding by cauterizing or freezing the lining of the uterus. Today, many women undergo endometrial ablation who would have been treated with hysterectomy in the past. There are various techniques used to achieve the desired outcome. Most of these procedures are performed in the operating room under anesthesia. One notable exception is HerOption procedure that is described below.

If you are unfamiliar with cryoablation, it may be comforting to know that it has been used for years in the treatment of uterine fibroids, prostate and liver cancer. Cryoablation has many dermatologic and gynecologic applications, and gynecologists are very familiar with it.

Other endometrial ablation processes use energy or heat to eliminate uterine lining. Unfortunately, heat ablation (also called thermal ablation) can sometimes cause scarring of the uterine cavity that can make possible future cancer detection difficult and cause collection of blood in the cavity leading to severe menstrual cramps even without bleeding vaginally. In addition, heat-based ablation often requires general anesthesia or IV sedation, expansion of the uterine cavity and dilation of the cervix.

If you are pre-menopausal, past childbearing and if your excessive uterine bleeding is due to benign causes, Her Option may be the right option for you. Her Option is so effective that at two years post-treatment, 91 percent of patients were very or extremely satisfied with treatment results.

Not only is Her Option® safe and effective, it is the only endometrial ablation process available in the comfort of your doctor’s office rather than a hospital or surgical center.

After your doctor has administered a local anesthesia, a slim probe is inserted vaginally through the cervix and into the uterus. The probe is so slender that it requires little to no cervical dilation. Once in place, the cooling process begins, and the probe freezes tissue symmetrically around its tip. After several minutes, your doctor will warm the endometrium for one to two minutes and then repeat the freezing. After a brief warming cycle, the procedure will be finished.

Her Option therapy generally takes about 30 minutes. Most women do not experience pain during the procedure. That means it’s virtually painless. You may, however, feel mild pressure or a cramping sensation (similar to menstrual cramps). Over-the-counter anti-inflammatory medication and/or analgesic taken before the procedure can help reduce any discomfort.

Following the procedure, you will rest under supervised care for 15 minutes. After resting at home, you will most likely able to resume normal activities the next day.

Her Option® is so effective in reducing or eliminating excessive periods that:

Is it Right for You?

Her Option® is not recommended for everyone. You will need to be evaluated by your doctor to find out if it is right for you.

If you intend to become pregnant, you would not be a candidate for Her Option® because the procedure destroys the endometrial lining that must be intact during a normal pregnancy. Her Option® also is not recommended for patients with uterine cancer, an active urinary tract infection, pelvic inflammatory disease, and some types of uterine abnormality.