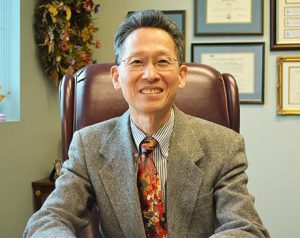 After completing his formal medical training, Paul H Eun, MD, FACOG spent three years in Alabama as a member of the National Health Service Corps. He returned to California and opened his private practice in Sacramento, where he also served as assistant clinical professor of obstetrics and gynecology in the School of Medicine at University of California, Davis. He also served as a medical director for Sutter Teen Clinic which is operated by Sutter Memorial Hospital in Sacramento. Paul H Eun, MD, FACOG relocated to Washington state in 1994. He enjoys all aspects of the specialty but has a special expertise in advanced minimally invasive gynecologic procedures including da Vinci robotic surgery and treatment of pelvic prolapse and urinary incontinence.

American Board of Obstetrics & Gynecology 1989

Member of the International Society of Cosmetogynecology.